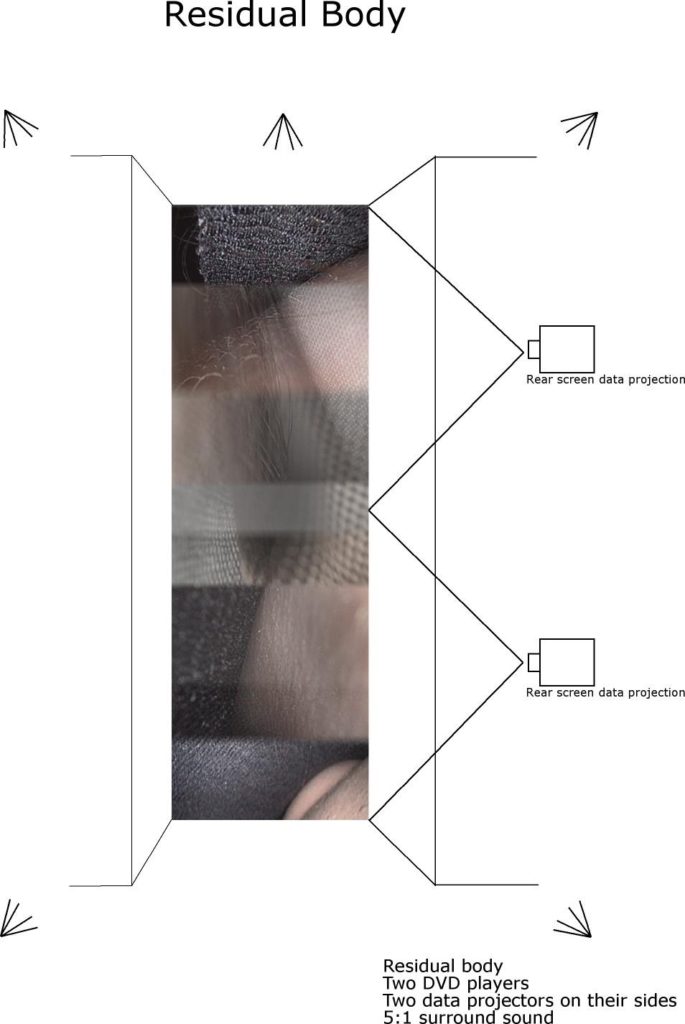 The residual body is part of my current research into a reconfiguration of space. This project explores unconscious spaces found between the garment and the skin. It’s purpose is to expose and develop meanings of how we percieve spaces which are left out of spatial understandings. The skin in this context works as a metaphorical screen, acting as a sensory layer between inner and outer realities. The body can’t articulate these spaces, the space can only articulate a primal sense of spatial understanding.

Before we had a perspectival understanding of space it was seen as being similar to a garment to the wearing of space.

“We must not forget that in this time perspective had not yet been discovered, nor underrate the significance of this. True, it is no more than a device for pictorially representing depth and separateness, in space. But how comes it that the device had never been discovered before – or, if discovered, never adopted? There were plenty of skilled artists, and they would certainly have hit upon it soon enough if depth in space had characterized the collective representations they wish to reproduce, as it characterizes ours. They did not need it. Before the scientific revolution the world was more like a garment men wore about them than a stage on which they moved”.

In this reference from Owen Barfield we see how the concept this space which is part of the garment where the residual space between the skin and the clothes is the initial spatial understanding.

The work investigates the relationship between spatial paradigms and their effects on culture and power through the emergent technologies of today. Just as perspective changed our perception last century so new technologies are now reshaping our presence in world. The ‘Residual body’ project is not aimed at using the perspectival paradigm as a platform to present new media image, or understanding of itself. Rather it proposes a new paradigm that allows for the possible objectifications of spatial reconfigurations of perception occurring with new technologies, which is the principle area of research in this project.