Nanoessence and Quantum Consciousness presented at the  “The Rise of Bio-Society”, exhibition that examined recent developments in the areas of Bio-tech Art & Culture at the Riddoch Art Gallery, 1 Bay Road, Mount Gambier.

Artist Paul Thomas  with  Kevin Raxworthy have collaborated on the “Nanoessence” installation which is based on a comparative investigation of atomic structures and vibrations taking place between living and dead skin cells when touched by the Atomic Force Microscope (AFM) cantilever. Living skin cells are scanned by the AFM in various modes, where the cantilever raster scans the surface of the skin cell by tapping or touching the surface. This mode records the topographies by gathering deflection data that is translated to produce a visual representation. The force spectroscopy mode determines atomic vibration taking place as the tip touches and rests on the surface of the cell. In Nanoessence a HaCat skin cell, the AFM and breath demonstrate a fundamental symbiotic relationship in the instigation of life at a nano level. The skin cell, vapour and breath are fundamental concepts and materials utilized in the investigation of the creation of life in the Nanoessence installation. The Nanoessence project uses the data from the AFM to look at biological phenomena of difference revealed at a nano level in topographical visualizations and sonic structures between life and death. The breath and moisture interface allows for the user to breathe on the model of the HaCat cell and then enter visually the projection of an envelope between life and death. As the user maintains their breath cellular automatons start to grow and spin. This growth last as long as the user continues to breathe on the work. 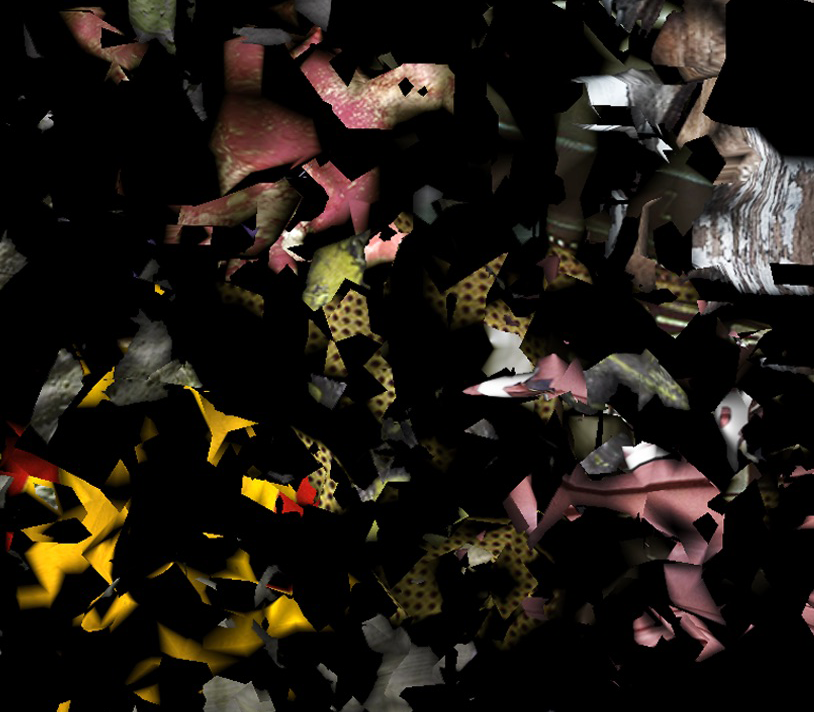 Thomas and Raxworthy have also collaborated on Quantum Consciousness

A visual/sonic installation that immerses the viewer in quantum phenomenon. Quantum Consciousness is an audio-visualisation of atomic data which indexes the quantum “movement” of an electron. This project delivers an aesthetic and immersive experience that places the viewer inside the virtual superposition of a sub-atomic particle (i.e. its field of probability). This audiovisual experience establishes a metaphor and indexical map of human thought. The interactive quantum spin of the electron is mapped, serving as the conduit for the form of the sensory stimuli of the work. The broader significance of Quantum Consciousness concerns the possibility of non-human, computational intelligence commingling with human consciousness. This link stems from the fact that the “material” of the electron and its quantum behaviour is the basis of the possibility of quantum computation.

Quantum Consciousness is in the visualization of the co-emergence of thought-data (viewer) and quantum-data (electron). The scientific research informing the work was conducted in collaboration with Assoc. Professor Andrea Morello. Dr.Morello’s current research looks at controlling the spin of electrons and nuclei for the development of the processor in quantum computer. The experiment makes visible and audible the spin of the superposition of a phosphorous electron that has been bombarded by microwave signals. The paradox of the quantum superposition (best articulated in the Schrodinger’s Cat – thought experiment) exists as an actual and empirical condition in which an electron occupies multiple positions in space simultaneously, but none specifically. The scientific data for this project is generated from a microwave signal which transforms a reading of Richard Feynman’s (1982) paper on the birth of the quantum computer. The link between the quantum computer, consciousness and artistic expression is presented via the installation through the co-emergence of thought and quantum conditions. Quantum Consciousness is thus an experiment in the imaging and materialising of impossible states of quantum matter and the co-emergence of human consciousness.